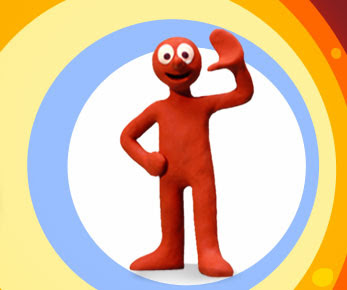 In my days before teaching I was, as you can probably tell, a fairly saintly being. Bored with my job sticking price reduction stickers on apple-turnovers at Sainsbury’s bakery in the summer holidays (pre-Oliver), I was persuaded by a friend to do some work for a charity which, among other things, works with Social Services to run play-schemes during the school holidays for children with a wide range of disabilities, both physical and mental. It was this decision which eventually, apparently by means of some sort of invisible tractor-beam which targets only the most saintly yet undoubtedly masochistic members of society, led me to become a teacher.
It was also the first place where the phrase ‘you are what you eat’ took on some real meaning for me.


I was working with three intensely hyperactive children. Unfortunately, although lovely individuals, they were so wired that it was genuinely disabling them: they were not able even to watch a DVD without jumping up and running around the room whilst climbing on and over every available piece of furniture and/or person. Unsurprisingly, this penchant for energetic mania had meant that educating the children in a mainstream school had become impossible and all three children were now attending specialist schools.

If you were the caring parent (or at least, a half-decent one) of such children, one would think that you would do anything in your power to calm their behaviour and enable them to function and interact more productively with others. It certainly seemed that way when I had a chat with Mum as she dropped her children off one morning. She was clearly an intelligent and articulate woman and thanked me for all my hard work with her offspring. I replied that it had been a pleasure and that running around with her delightful brood all day was doing wonders to prevent me developing beer-induced muffin-tops. Later that day, I sat down with the children – or as near as they got to sitting down - for lunch.

The lunch boxes of all three children aged 6-8 contained the following:

They did not contain anything else (not that I can think of a single item of food that could ameliorate the damage done by this mixture). The children ate this packed lunch every day. The criminal absurdity of fuelling a hyperactive 6-year-old with about 20 teaspoons of sugar and half a litre of caffeine on a daily basis is mindboggling. It’s on a par with appointing Jeremy Clarkson as Campaigns Manager for Greenpeace.

If I ate this delectable meal as an average sized man in my 20s, I would undoubtedly have gone mental: my girlfriend bans me from having more than two coffees a day, such is the unpredictability of its effects (usually some kind of frenetic dancing and the slapping of my own head, followed by repeated Morph impressions until I collapse in a tremulous heap). So what is it likely to do to a six-year-old…!? Might it possibly send them hyperactive to the point that they can no longer cope with mainstream education? I am not qualified to comment but common sense tells us that such insane eating habits are surely less than beneficial.

Whilst this is an extreme case, we are confronted by less excessive versions of the same in the classroom environment. There are a significant number of children in most schools whose staple diet seems to consist almost entirely of digestive biscuits and take-away chicken, with a much larger number whose dietary habits still leave much to be desired. The effects that a poor diet has on behaviour and concentration are well documented. By failing to ensure that our children are adequately fuelled, we are effectively condemning their chances of educational success. Moreover, the overwhelming majority of these children are from decidedly less than affluent backgrounds and a number of them concomitantly suffer further from the ill-effects of dysfunctional family structures. As is often the case, when trying to change dietary culture, we find ourselves in the familiar situation of one problem compounding another until the whole thing appears as a great impenetrable mess.

But whilst deciding exactly what to do about our junk-munching kids is not simple, deciding what not to do surely is. Contrary to popular belief, the Darth Vader of children’s nutrition - the infamous ‘turkey twizzler’ - is not a dietary staple of Britain’s education system. Indeed, in the three schools I have worked in, school meals have been consistently excellent. In my current school, when certain dishes are on the menu, many pupils would happily sacrifice a limb to guarantee a place at the front of the lunch queue. Jerk chicken and vegetable pie seem to be favourite main courses, with apple crumble taking pride of place as most popular dessert. The first thing you don’t do, then, is anything to damage the vital Free School Meals scheme which provides thousands of children from the lowest income (and often most nutritionally ignorant) families with a filling, nutritious meal every day.

In a faraway land, our new coalition government - headed by our well nourished old-Etonian friend - is currently deliberating over scrapping this very same Free School Meals programme. Indeed, according to today’s press it seems the culinary cull has already begun. Plans have just been approved to axe free school meals for half a million of Britain’s poorest primary pupils.