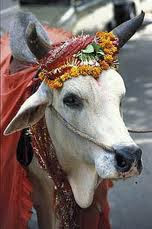 Toby Young's Spectator piece (here) has - perhaps, being a polemicist by trade, just as he intended - caused quite a furore.

Toby argues thus: 'inclusion' (the practice of trying, as far as possible, to educate all children, regardless of educational need, in mainstream education) is a 'ghastly, politically correct word' which, when put into practice, is seriously damaging British education. It is, he contends, leading to a situation where any exam that isn't accessible to 'a functionally illiterate troglodyte with the mental age of six' will be deemed elitist and hence will be shunned by the comprehensive system in favour of easier, more accessible exams. This inclusive desire thus lowers standards for all and fails to adequately develop those pupils fortunate enough to inhabit the upper echelons of the intelligence spectrum.

In support of Gove and his recent proposal to re-introduce O-Levels as a second, upper tier of the state system's assessment process, he argues that he is 'living proof' that this two tier system works, even for those relegated to the lower tier. This, he claims, is on account of his own experiences at school where he was largely excluded from sitting O-Levels as he wasn’t deemed bright enough; he sat the easier ‘GCEs’. Instead of knocking his academic confidence into an abyss from which there was no return, this early educational failure motivated him to repeat his exams and, he implies, helped pave the way for him to attend Oxford University, where he graduated with a First Class Honours degree. As such, he claims, two tier system = good; one tier ‘inclusive’ system = bad.

First, Toby, a brief note on the nature of your argument -

Attempting to argue, on the basis of purely anecdotal evidence from your own life, that a two tier education system ‘works’ is more than a little silly. Just because it supposedly ‘worked’ for you, Toby, doesn’t mean it worked for others. It becomes sillier when it is clear that, in this article at least, you have been somewhat economical with the truth. Indeed, your childhood situation was – as you are (one would hope, for obvious reasons) well aware – somewhat atypical: your father was a life-long Labour Peer (Baron Young of Dartington) and well respected sociologist whilst your mother was a BBC radio producer and writer. You can hardly be considered representative of the majority of children that the state education system serves. Perhaps it has not occurred to you that a huge amount of your confidence and success can be put down to the environment in which you were raised and the aspirational company that your family kept? Most people do not have a Lord for a father, nor such a wonderfully intelligent and talented mother (if you’re reading this, mum, I’m one of the lucky ones…!). For every child with parents able and willing to nurture their child through the educational disappointment that you describe, there are others with parents who will think that their child is ‘in the stupid class’ and, sadly, treat them as such; other children, irrespective of parental support, struggle enormously with the initial failure and, as many graduates of the secondary modern era attest, may never quite recover (such as Peter, perhaps).

Moreover, by your own admission, you were accepted by Oxford on the basis of pure luck* – your admission letter was sent in error and your A-Level grades certainly didn’t warrant your inclusion at such an establishment. This is not to belittle any of your achievements, which are significant and doubtless required a lot of hard work. Nor is it intended as any sort of inverted snobbery. Rather, it is to make the sensible assumption that deeper factors (or in one case blind luck) can account for your successes far more readily than you being denied the opportunity to sit O-Levels. Indeed, the fact that you graduated from Oxford with a First ironically and unintentionally highlights the inherent perils of schools attempting to so rigidly quantify their pupils’ intelligence at such a young age – if future first-class Oxbridge graduates are not considered bright enough for O-Levels, who will be…?

You should also be aware that, in a sense, a two tier system already exists within the current comprehensive system. At GCSE level, pupils can sit the ‘higher’ (up to A*) or ‘foundation’ (top grade a C) papers. In fact, in most schools there is even a third tier of sorts. For pupils with the greatest academic difficulties, there are the Functional Skills Maths and English tests at Levels 1 and 2; these are designed to enable pupils who may not be able to achieve a C grade in GCSEs to demonstrate that they have enough literacy and numeracy skills to enter areas of employment in which such skills are required. Given that you have set up your own school and currently reside as chair of its board of governors, these are things that it is not unreasonable to expect you to know, but your article appears to imply otherwise.

Having said all of that, despite its inadequacies, it is not Mr. Young’s argument which I take most umbrage at – although at some point I shall do my best to return the subject of inclusion, 'ghastly' though it is - it is the cartoon-esque language of the polemicist that he uses to construct it.

So I shall end this latest ramble thus:

I really, sincerely, wish that intelligent people would avoid such painful (and presumably intentional) glibness and faux reactionary political point-scoring nonsense when writing about education. If you are an ‘educational commentator’ of some sort and wish to raise concerns about knee-jerk opposition to two-tier education, behavioural issues, liberal loonies in the staffroom or whatever else you see fit to, please do. But please, if nothing else, treat issues relating to education with the thoughtfulness and intelligence that the subject deserves; it is, after all, somewhat important. Future efforts to avoid resorting to lazy hyperbole and contrived rhetoric will be most humbly appreciated.

* There are less favourable interpretations of Toby's 'luck' out there.  I shall leave you to find them for yourself, should you so wish.
Posted by Seeking Sir at 17:36