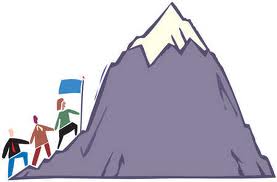 Education, it often seems, is one of the armchair philospher's most favourite topics on which to ruminate (fleetingly) and espouse their wisdom (at irritating length).  I have no problem with assorted ‘commentators’ [did you hear the one about the posh potato who wouldn’t let his daughter marry Des Lynam…?  He was too much of a common-tata…] airing their views; even those detached from the classroom are entitled to discuss, vent, proselytise or otherwise on whatever they see fit despite the tendential leaps from anecdote to sweeping generalisation and the odd conflation of playground-memory with national statistic.  I can even cope with the clunky rehashing of media-myth: ‘I hear you're all singing baa-baa rainbow sheep now…’ (this occurred in a grand total of TWO (privately run) nursery schools in the country, for the record).

What increasingly gnaws at my self-righteously indignant teacherness, however, is the paucity of genuinely thoughtful and intellectually rigorous discussion on educational matters from the soi disant experts of (or on) our education system.  In light of the first fall in the GCSE pass rate in history, I have again
been battered and beleaguered by the annual ‘exams are getting easier every year’ plaint (although this year was admittedly mildly more interesting given the qualification ‘… until now’).  I’ll come back to the ‘until now’ at some point later; here, I’d like to offer some brief reflection on the ‘exams are getting easier’ bit.

Broadly, the adage runs as follows: results get better every year, therefore exams must be getting easier.  This, people seem to believe, constitutes an argument.  Unfortunately however, it doesn’t.  At best it’s a (contested) inference, at worst a politically motivated assumption presented as pseudo-rationalism.  The media maxim of ‘results are getting better ergo exams are getting easier’ is mental idleness at its worst.  That’s not to say that it’s not true (it very well might be) but it is to acknowledge that there are myriad variables at play which may account for rising results, consideration of which often appears to be sacrificed to the imperative of political self-service or polemical self-aggrandisement.  So, to use a favourite adverbial imperative from my classroom, we would do well to actually think.

Professor Gordon Stobart (who may, or may nor, drive a big red and green lorry to work) from the Institute of Education will start us off nicely.

The prof – fittingly if you’ve ever taught a C/D borderline class with a liberal sprinkling of abject lunatics - compared exams standards with climbing Mount Everest.  In 1953, he noted, two people got to the top of Everest, a truly extraordinary achievement at the time.  Now, an estimated 150 people reach the summit of Everest each year.  In order to explain this shift, we are left with two options: we could construe that the mountain has somehow changed and become easier to climb – perhaps, for example, the mountain has become smaller, or less treacherous in some way.  Or, we could surmise that people people have changed in some way making them better able to complete such a feat.

Evidently, Everest remains the same height and climbing it remains similarly treacherous to doing so in 1953 (indeed, 5 people die trying every year).  However, people today have better equipment, better training, better nutrition and so on.  As such, it is hardly surprising that more people are able to climb Everest.  Whilst this makes the achievement less extraordinary, it in no way diminishes the nature of the task nor the ‘standard’ of the achievement – people today reach exactly the same height as Hillary and Norgay reached in 1953.

The relevance of Stobart’s analogy to the exams debate is plain: might there be variables at play which account for the exponential improvement in exam grades?  I’ll suggest, for the sake of argument, two: teachers and ICT use.

Each year as a teacher, the exam results of my classes have improved (this might be a big fat lie, but you’ll never know…).  This does not surprise me as, each year, I am better at teaching.  Each year, I look at the exam scripts of my previous charges and say things to myself like: ‘John and Dewan have got D grades.  I wonder why…?  Oh, I see that they’ve hardly used any adverbial subordinate clauses in their descriptive writing so they’ve not demonstrated use of descriptive complex sentences… Better address this for next year’.  Thus I make damn sure that I hammer home adverbial subordinate clauses to my the next cohort  Surprise, surprise when I check the papers at the end of the year, all of my students have made great use of descriptive complex sentences and my results have improved.

Moreover, the manner in which I am able to teach such potentially tricky concepts has, in the last 10-15 years, shifted beyond all recognition.  The Interactive Whiteboard (known by teachers as the ‘IWB’ and occasionally malaproped into ‘WMD’) is a tremendous invention: on it, I can display, well, anything I want – PowerPoint, videos, interactive learning games, internet pages, exemplar essays for analysis, giant pictures of my face for moments of contemplative marvelling at my beauty…  The point is, thinking back just over 10 years to my own education, not a single classroom had an IWB nor even the means to display a Word document or PowerPoint; as technological as we got was writing in two different colours on some pre-used acetate.  Then we’d spend 10 minutes twiddling the dial on the side of the projector in vain attempts to make the writing on the board seem less like an assortment of very fuzzy line-dancing worms.  And that, of course, was if we could find a projector – there wasn’t one in every class and oft were the times a classmate would be dispatched to seek one out from another room.

Obviously, ICT resources in the hands of poor teachers are like pens in the hands of monkeys – it might look cool but they’re unlikely to produce anything to rival Macbeth.  In the hands of good teachers, however, ICT can be revolutionary.  The key here is the that ICT allows ‘modelling’ of expected learning: that is, teachers are able to very clearly demonstrate the concepts they are trying to teach in way that is far, far superior to what was possible previously.  I linked to this resource at the excellent MATRS blog previously: MATRS Clause Lesson.  For those of you with more of a penchant for figures than grammar, have a look at the widely used Maths Watch for an excellent example of similar techno-pedagogical advancements in Maths teaching.

The step-by-step modelling, the logical pedagogical progression and the instant flexibility demonstrated in these resources is unlike anything that I ever experienced in my own education.  This, doubtlessly, has had an impact on learning.  Pupils who were previously unable to adequately process and reconstruct the predominantly auditory pedagogy of the pre-IWB classroom are now able to absorb real-time, interactive models.  In light of such measures, teaching has undeniably become far more tangible and is inherently easier to bend to the needs of individual learners.  If a pupil has missed something in my lesson, for example, I can simply jump the slide show back and reteach the point – many of you will no doubt recall the dark days when the entire class would have to wait for the slowest member to finish copying something off the board before the teacher could move things on and the groans that would accompany said teacher wiping the board too early.

To deny that such factors may have had an impact on attainment – or worse, to neglect to consider them altogether – is simply daft.  Indeed, if we did not expect a drive towards more reflective pedagogy or increased ICT use in classrooms to herald an improvement in pupils’ attainment we must surely wonder why we introduced them in the first place.

None of this is, necessarily, to suggest that the supposition that exams have been getting easier is wrong.  Whether exam boards were instructed by the inclusion Illuminati to mark less stringently I have no idea, but even if they were, things are really not as simple as Melanie Phillips and her fellow educational armageddonists would have you believe.  The very least we should be able to expect is some thorough investigation before there are any wholesale shifts made to the existing system, which, were they to take place, could then be clearly justified.  Bit late for that though, isn't it...?
Posted by Seeking Sir at 13:54