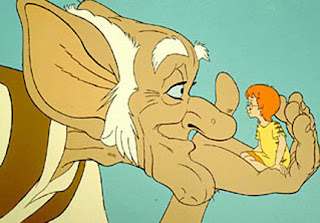 There are two Year 9 boys from one of my teaching placements whom I will never forget. The first boy’s name is Simon Acksworth but he is more commonly known as ‘Acksy’.  Acksy’s best friend’s surname is Joe Dudley. Perhaps by virtue of the abbreviated company he keeps, this has earned him the name ‘Dudsy’. You rarely get one without the other and they are a markedly odd looking pair. Whereas Acksy is probably 5ft at a push, Dudsy is something of a giant. At thirteen, he is a fully fledged man-boy: His voice has broken, he is shaving and he is a fairly well-built 6ft 3. The latter could probably buy a pint providing the establishment was suitably insalubrious; the former would still be on Balloo’s and Bagheera’s hit-list for the annual Beavers recruitment drive.

Yet, as the saying goes, appearances can be deceptive. Dudsy may look like a thug but he is actually a very placid and compliant young man. On the other hand, the fact that the name ‘Acksy’ sounds like a sharp cutting instrument that doubles as a brutal murder weapon is perhaps not coincidence. Indeed, there is a good chance that God intended this as a forewarning to the teachers of the United Kingdom to do their utmost to avoid crossing his destructive path.

Acksy’s story is long and complicated. The short version is that he has spent the best part of three years wreaking havoc throughout the school and has done more than enough to warrant permanent exclusion (that’s expulsion to anyone born pre-mid-90s). But, for a series of complicated reasons, he is still here. He is, to say the least, problematic and is showing no signs of improvement. As such, aside from a one-to-one LSA (Learning Support Assistant) on hand for him at all times, he is now receiving more frequent visits from Educational Psychologists and other such specialists who offer suggestions on how best to support him. These are then fed back to us in Monday morning staff meetings.

As we have already tried and abjectly failed with a number of strategies, a key piece of the line that we are now all requested to toe is that we do not ‘tell Simon (Acksy) off directly’. Rather, we should ‘target those around him who may become involved in his negative behaviour and aim to have him follow their good example’. This is intended to reduce the number of confrontations that Acksy has with staff and to peer-pressure him into modifying his behaviour. We all know it will not make a blind bit of difference. Moreover, its consequences are truly bizarre.

On Tuesday, Acksy walks into my class and pronounces: ‘This school is rubbish so I’m going to be really annoying this lesson’. Employing one of his favoured techniques to achieve this lofty aim, he proceeds to jump on Dudsy and hang around his neck whilst stabbing him in the head with a pen. At the same time he is screaming ‘YOU’RE GAY!!!’ in each of Dudsy’s ears alternately from left to right. Dudsy, ever dutiful, is still trying to write 5 synonyms for ‘sad’. Remembering our new approach, I take action:

‘No Dudsy! That is not what I expect from you! Put Acksy down and get on with your work!’

It would be funny were it not true. I ponder whether this is isolated ridiculousness or whether it is indicative of a creeping, systematic lunacy within the education system as a whole. I have long been a friend to the educationally-disaffected but I am utterly bewildered by the saga of Acksy. In fact, you could say that I am bordering on the disillusioned. These are dark times. I resolve to start buying the Daily Mail immediately.
Posted by Seeking Sir at 18:30